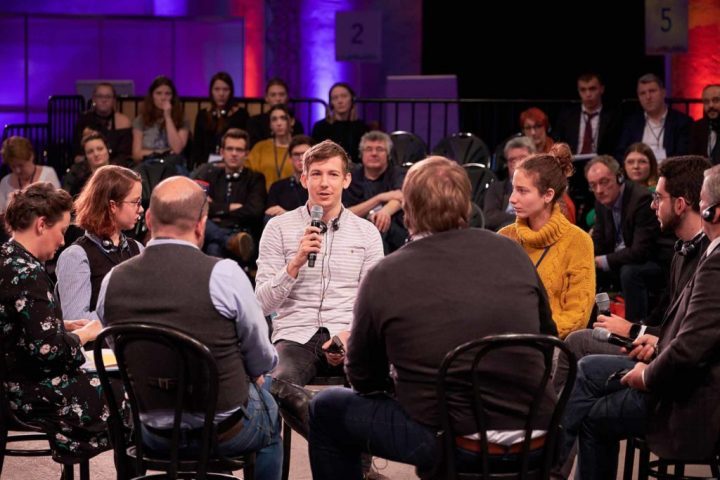 We see that tensions and growing divisions are endangering our societies. Hate speech, social media filter bubbles, and incitement to antagonise each other based on cultural, social, economic and religious differences have become everyday phenomena. Therefore, finding ways to bring people together are more important than ever.

At the 7th ACT NOW Conference: Space for Encounter – Overcoming Division, young people from all socio-economic groups, community workers, mayors, innovative NGOs, renowned researchers & practitioners, social entrepreneurs and urban planners from the Middle East to Northern Europe, will come together to work on how social cohesion and youth participation in wide-ranging decisions can be brought forward at the local level.

The conference takes place at the Brotfabrik in Favoriten, and across the city, but you must apply to attend. Those unable to join us will later be able to watch some high-quality films produced about the ideas of the conference.

In Autumn 2015, the population of Austria increased by 100,000. Or 1%, in 3 months. That any country could cope with such a huge influx of migrants/refugees was not so clear, but Austria managed it. Many of those migrants came to live in Vienna, and the solidarity and engagement shown by many young local people brought positive headlines about Vienna in worldwide media.

Eugene Quinn will contribute a political DJ concept he has developed, of mixing the music of different migrant communities who live around a square in south Vienna, where youths dance to their own beats, and show each other a window into different cultures and creativity.

Later on Monday, Eugene will lead a tour of North Favoriten, exploring the soul of this distinctive and proud working-class neighbourhood. We will visit Viktor-Adler-Markt, social housing, a park, the railway station, and the legendary Kreta district. https://www.now-conference.org...

And in the evening, he will dj music from all along the refugee route, from Karachi to Copenhagen.

This conference was born in the wake of the refugee crisis of 2015, with Andre Heller seeking to make useful connections and a contribution to debates around integration, diversity and dialogue. He includes some of the concept of the February meeting in this beautiful and simple film: https://www.youtube.com/watch?v=8inNsNaxn5A&feature=youtu.be

These events are officially closed, but we find it politically and socially constructive to take part, and there will be lots of press coverage which can hopefully move debates forward in a progressive direction.