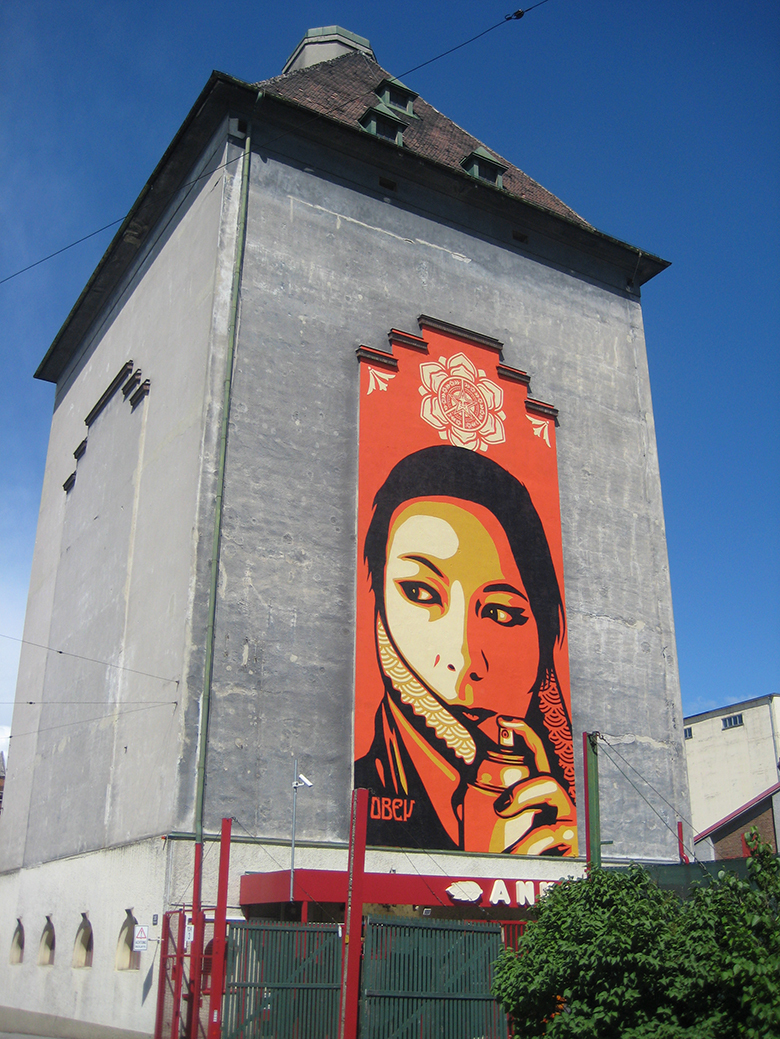 George Soros' Central European University is being kicked out of Budapest, and has started its transition to Vienna. Since September 2019, some students have been learning in the old Easybank building in Favoriten. In corona times, this is a double disruption for many students and teachers, to be forced to move country, and then into distance-learning. And since most of the students come from the rest of the world, they have had few opportunities to connect with their new hometown. We want to welcome them with an interactive, participative format, to show them details of their new district, and the contemporary reality of life in Favoriten (politics, culture, food, mobility, music, religion, architecture).

In small teams, each group will have 10 questions to answer, as you tour this fast-changing, fast-growing southern suburb. If the tenth district was a city, it would be the third largest in Austria, with 205,000 inhabitants. At the end, we will collect in groovy Helmut Zilk Park, to share our answers, enjoy a picnic, and listen to music from the students' home towns.

The general principle is that we float some ideas and impulses at each point, and then the students fill in the gaps, bring their imagination, and come closer to the experience of living and working and studying in Favoriten in 2021. Each of the six tours has a rich mix of politics, culture and pleasure. And we will provide a hashtag, #CEUinFavoriten, so that we leave a trace, make the project more sustainable, and show a dialogue and engagement between the university and the Bezirk. For these elite students from around the world - newly Viennese, Gaming Favoriten offers the context to understand their new location.

This is a cooperation between the CEU Culture Hub, Whoosh and Eutropian. CEU will ultimately be housed in the Otto Wagner Areal in Penzing, but this move is some years away, delayed by planning issues and the pandemic. We need more dialogue between Vienna's students (10% of the population) and the wider city. Media coverage of George Soros' university's move from Budapest has focused on where they will be, but not who they are. The university is, like all of his projects, about liberal, enlightenment values, and particularly about redistributing knowledge from the West to the rest. The students come from 100+ countries, and are interesting to chat to. We will make social-dining events to open up dialogue between the students and local residents, but also urbanist tours to come closer to their new home.

Favoriten is historically a working-class, industrial place, and an arrival city, for waves of migrants from the land, but also Bohemia, Yugoslavia, Turkey and west Africa. It has a strong identity across the wider city, and we will explore today what makes it distinctive and interesting to outsiders. This is a part of Vienna which is young, loud, musical and diverse.

Eugene invites you to explore his favourite part of the city, and one which is less-explored. There is an energy and flow of people around Viktor Adler Markt and the railway station which is missing in many other parts of the city. It is dynamic and electric, lively and sometimes wild. We will discuss the challenges of building a new district like Sonnwend, and see how the eastern and western parts of this quarter are different. Pedestrianised Favoritenstrasse, from Reumannplatz up to Columbusplatz is just as good street theatre as Yppenplatz or Donaukanal (Eugene calls this Felliniesque phenomenon street capital). Other lively places we will visit are MA 17 (the excellent city department responsible for integration and diversity) on Keplerplatz, and the smells and mix of ideas on the market – including an imaginative Caritas-run community centre. And Helmut Zilk Park is one of the best and most fun in all Vienna, with an unusual playground and great views of intercity trains and the Arsenal.

[The picture above is from a street art festival held in Vienna in 2013, on a south-facing grain silo of the (Anker) Brotfabrik, just behind the CEU. This bakery became the largest brown bread producer in Europe at the turn of the 20th century. The complex was saved from demolition in 2009, and now serves as a hip contemporary art centre, featuring galleries, dealers, studios, plus several non-profit social businesses from Caritas Wien.

While the desire now is for home-cooked, artisanal baking, in 1893, when the bakery opened, bakeries were typically full of rats, and so naming it a bread factory sounded modern, technological and clean. The name Anker has now been dropped from the culture centre, although everybody in Vienna still knows it by its old title. Bread is still produced on the south side of the complex.

The huge street art image was created by Shepard Fairey. He is best-known for the Hope image of Barack Obama, used in his first presidential campaign. This piece is called Commanda, and is a fictionalised portrait of the artist’s wife, Amanda. The title, combining her name and ‘command’, acts as a verbal description of her powerful character. Partially veiled, she is holding a spray can, as a mixed-race antagonist, playing with tropes of female portraiture.

Q: What are the advantages of using former-industrial buildings as culture centres?]