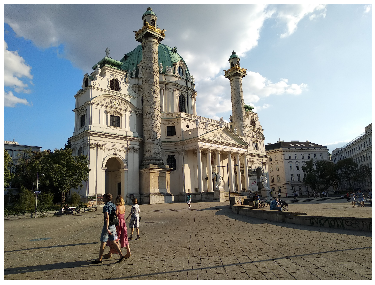 After the popular tours of Irish, Russian and British influences in Vienna, we turn from east and west to our Southern neighbour, and explore the complex cultural dialogue between Vienna and Italy.

When we tell people about our concept of a tour of Italian Vienna, they all say, 'Why has nobody done this before? It is such an interesting idea.‘

25 April is liberation day for Italians. What did they escape from?

Vienna is a Roman creation, and that exchange of ideas continues to this day, with architecture, ice cream, fashion, wine, language, Südtirol, and plenty of migrants in both directions. From opera and classical music to literature and restaurants, how can we tell that the Italians have been in our city?

And what is the relationship between the Viennese and their Italian migrants? How are the politics of the two countries playing with each other?

Our lively spring tour will be led by urbanist and passionate Italophile, Eugene Quinn, originally from, er... London. We are not scared to talk about cliches, religion, Salvini... or bad coffee in Vienna.

We will learn about which city the Italians value most, why they get so angry about Austrian lasagne, how to walk like them, and the best poem in Italiano. What do Italians like most about living in Vienna? And which is their favourite - and most authentic - bistro here?

NB. The first - and only - time Eugene performed this tour, 125 people came along, and both he and his colleague Francesco received fat fines of €515 for making an illegal tour. Watch things get gladiatorial.