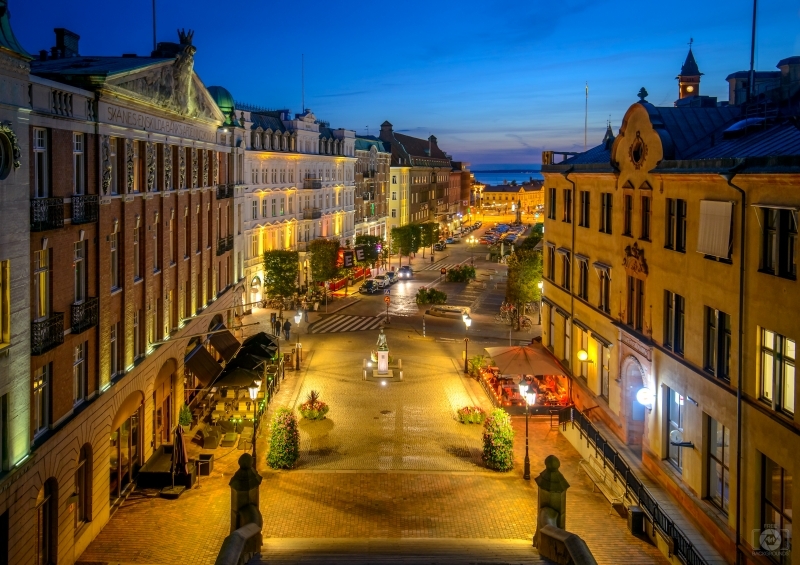 Vast sections of cities are ill-used by night. Here lies great opportunity, culturally & economically. Let's celebrate the Helsingborg night, & its dark side (though in Sweden it barely gets dark in June!). We need cities to work as 24hr places to live. Why do nearly all tours happen during the day? We'll get an insight into the future of night-time in the city.

Urban walking is a celebration of public space. And Helsingborg has world-class public space, though it is sometimes lacking in enough people to really bring it to life.

Helsingborg’s city-planning is people-centred, and we want to explore this concept on our walk into the darkness. Whoosh uses non-academic language - and humour - to debate serious ideas. We search for new ways of looking at the city, which are just as interesting to long-term residents as visitors (smart city, overtourism, Brexit, smells, human rights, Russian influence, disruptors, and now the night).

-which streets are busier than in the daytime, and which quieter?

-why do some people prefer night to day - we will ask them why they are awake so late, on skateparks, at railway stations, on the waterfront and also uptown.

-which shops are open at this time?

Mayors do not like it when people compare their city's nightlife with a cemetery. For international students, a colourful nightscene is a key reason to choose one university instead of another.

We will also look at the different lifestyles of people in old and new parts of the city. Instead of the sweet version of the city, Eugene is more interested in the salty elements of our reality in 2022: the dialect, late-night kiosks, street art scene, social housing and earthy bars.

We’ll be looking at the night-time economy and the sense of place in central Helsingborg. Not enough residents realise the value of the night economy – it is worth a lot of money. We want to observe how many people are awake, and what they are doing. Not enough cities have a vision for developing & managing their nighttime economy.

Many cities are more friendly at midnight than midday, and people have more time to chat. And you hear more foreign languages spoken in the small hours.

Our previous nightwalks (in Vienna) were a success – we heard the Eritrean national anthem from five men outside Westbahnhof, chatted with a Würstelstandlerin, with street-cleaners (who told us the difference between daytime and nighttime trash), a homeless person, plenty of party people and an Iranian skateboarder. Everybody wanted to talk to us, spontaneously, which was refreshing and unusual.

We need a global, 24hour planning system to ensure we are building better cities for us all, whatever activities we choose to do after 7pm. Many city leaders are developing tools that work through planning. In San Francisco, the city entertainment licensing agency are automatically consulted on planning applications within 100m of an entertainment premises. This includes new housing, office blocks and hotels. In London, music venues are being planned within mixed use developments from the very beginning of the process. In New York, the Mayor has created a Nighttime Ambassador (following the lead set by Amsterdam) to tackle a host of issues including burdensome regulations for licensed operators.