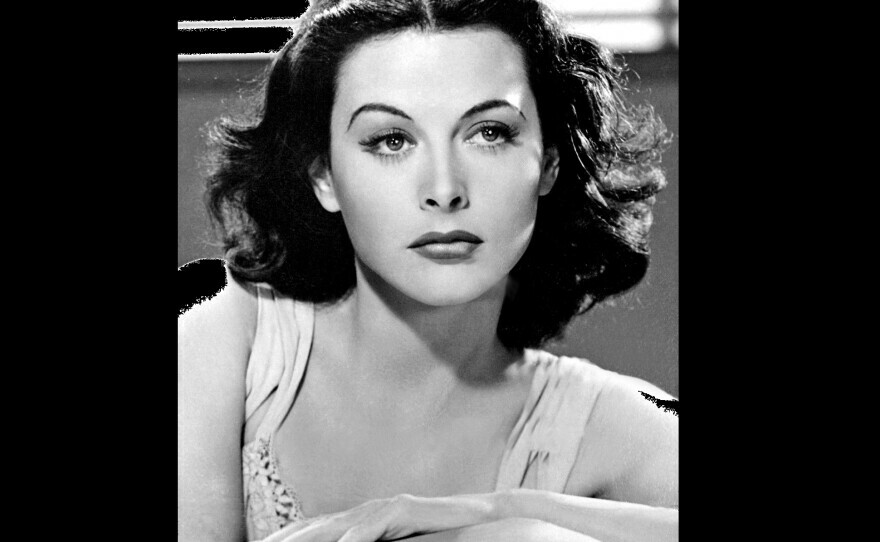 We are proud to be back as part of the programme for WIR SIND WIEN.FESTIVAL, having created more than 25 events for that annual celebration of Wiener Graetzln.

Vienna should know much more about Hedwig Kiesler.

She was a pioneer in physics, feminism, politics and also sex. She was passionate, colourful and spectacular.

And she chose to be buried in this city, which showed that she cared about her roots, even if the city did not treat her so well. Her ashes now lie in both Cobenzl and Zentralfriedhof.

She was born in Alsergrund, and grew up wealthy and happy in Döbling, even if she sometimes rebelled against her surroundings.

Hedy was spectacularly beautiful, which makes a difference as a young woman. Though she was a little plump in her teenage years, which she describes as a troubling moment in her development...

On this tour, we will look at her early life through the buildings and spaces that surrounded and shaped her, and then tell the story of her life.

Was it Wien that led her to being the superstar she was? Or was she born that way?

What did it mean to be Jewish in 1920s Wien? Why was she the first person to simulate orgasm in a film? Was she a great actress? Why was she married six times? We will explore all these questions in our north Wien adventure. And celebrate the life of a true Wien pioneer. We specially like the interdisciplinary nature of her thinking, and that she thought big. She used her skill to fight the Nazis with heat-seeking missile technology, and of course blue-tooth. There is no an annual Vienna science prize named in her honour, for female innovators.

Women's experience and history is often neglected, and we want to correct that on this tour.

Another feature of this urban exploration is that we choose to twin it with another, on 12 June, looking at Falco. Hedy & Hans have much in common: these two west-Wien pioneers changed their names, were buried in the east of the city, in Zentralfriedhof, and died within two years of each other in North America. They were multidisciplinary, interested in appearances, too big, too egotistical and too spectacular for Wien. They had a complicated relationship with their home town, but referenced it in their work. And they both pushed to the limits of acceptable taste, using new technology. Schwarzenbergplatz was home to Hedy, and location of Falco's Rock me Amadeus video.