7 Strangest Vienna Churches – on a Sunday 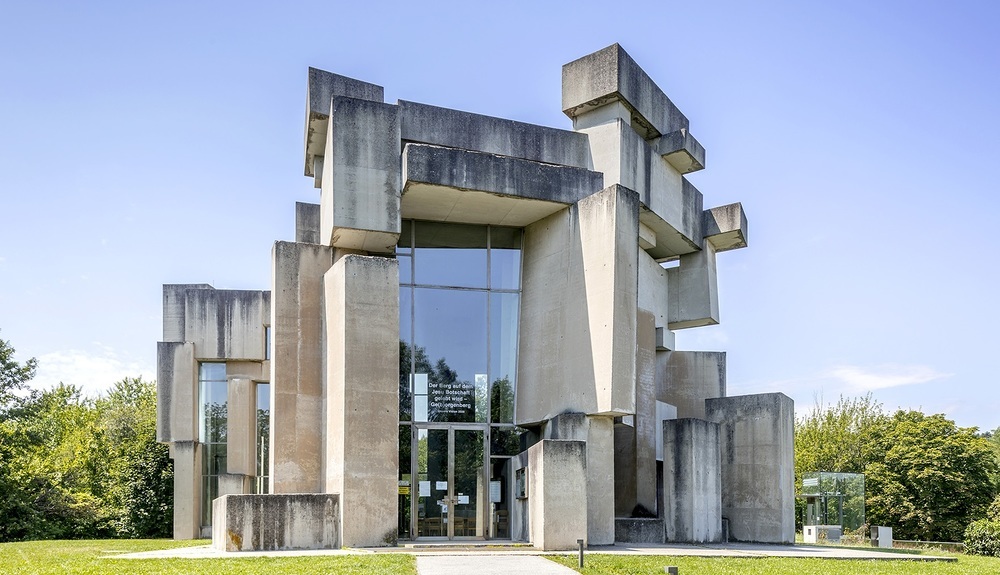 There are only two districts of Vienna where Eugene has never started a tour: Hietzing and Liesing. This tour will fix 50% of this problem, with my first ever Liesing tour (at least at the start of the day).

We often think of the Catholic church as a dusty, conservative – sometimes repressive – organisation. But in art, music and architecture, it has been astonishingly adventurous. We will explore this less-recognised aspect of Roman Catholicism, on a big tour of the outer edges of spiritual architecture. On a Sunday morning, of course. Hallelujah!

Michelangelo – who was commissioned by the Church to make so much art, sculpture and architecture, including the Sistine Chapel – was gay, as was Leonardo Da Vinci, who painted the Last Supper in Milan. Despite all the Papal commissions, he was an atheist, and a bastard. The church was more flexible then than in the 20th Century. We now have a cool and progressive Pope, but this is something unusual in the history of the criminals and greedy merchants who often occupied this job.

Some of the chosen churches remain a secret, but we will be visiting the Kirche Zur Heiligsten Dreifaltigkeit (Liesing), Steinhof (Penzing), Christus Hoffnung der Welt (Donaustadt), Heiligen Nikolaus (Landstrasse) and three more. If some of these names seem unfamiliar, that's because so many churches are named not for their saints but prominent figures in their construction (Lueger, Wotruba, Wagner).

Many atheists – like Eugene – struggle to separate the bad side of religion from the good, and reject the whole lot. The history of Europe is so much formed from Judeo-Christian influence that it is ridiculous to try to separate the holy from the lay. Tour guide Eugene comments, “the Christian teaching of forgiveness, charity, peace and love resonate with all of us. Also reflection. Just look at the wonderful, innovative work of Caritas Wien (magdas Hotel, Brunnenpassage, BioBalkan) to see how valuable Christian charity is, and often they are dealing with forgotten groups on the margins of society, from homeless people to refugees, the elderly and those with incurable diseases. I love the gothic spectacle of Westminster Abbey, but also the choral music of Bach. And Christmas has transcended its roots to become a time of family, calm, fine food, lights and songs. Those people who are too politically-correct to wish anybody a Happy Christmas have completely missed what this festival means. The Bible is full of good stories, whether you believe in them or not, and the rituals and festivals reflecting Christ add rhythm and shape to the year.”

“Before my son started school in Leopoldstadt, in 2019, the school asked us our religion, and have divided the children into six groups: Protestants, Catholics, Jews, Muslims, Serb-Orthodox and non-believers. And they sit in six different rooms, for religious education, already learning differences, not similarities. Six-year-olds don’t have a religion, only what their parents tell them to believe. And since my son has no religion, he gets no education, just sitting in a room waiting for the end of school. Those children should all be in one room, asking each other questions, and learning the same things, including ethics – particularly in a non-religious city like Vienna.”

At the same time, it is clear that religion has much to offer, for atheists. Religious people live longer – and happier – lives than atheists. The similarities between so many religions around the world (and all six world religions were born in Asia) seem to be explained by a God-shaped hole in many people’s lives. There is a movement in the Anglosphere of Churches for Atheists, who collect each Sunday for communal singing, socialising and networking, ethical debate, collective joy, and even teaching non-believing children how to relate to those who do have a faith. The North Texas Church of Freethought, established in 1994 by Dr. Tim Gorski, in deeply Christian Dallas, writes on its website: “we passionately believe that science alone holds the key to objective reality, while religion speaks to subjective needs that everyone has.”

There has been a revival of belief in some Vienna churches, through migration from Poland and Croatia, contributing to a total of 41% Catholics in the population, with 32% having no faith, 12% Muslim and 8% Orthodox.

Just because religion is so badly presented in modern times does not mean that it does not have a lot to teach us atheists. We live in a godless age, but only in Europe – on the other continents, religion remains a very powerful, influential force, and is endlessly manipulated by leaders and opportunists to make money or increase power. So many wars, yet so much peace, also. Sadly, the Centre for Interfaith Dialogue in Vienna was badly-received, because of its connections to Saudi Arabia, but the concept is an important one. The Votivkirche was a place of refuge 10 years ago, for a group of mainly Pakistani resident refugees.

How can churches be used, as part of a wider, neutral community common? There are many alternative uses for churches as buildings, including new housing, and also co-working spaces, yoga class, food distribution, for cool in summer, and indeed as a place of calm, silence and contemplation. All of these can function alongside their continued operation as a place of worship.

Walk leader Eugene Quinn is the son of Irish Catholics. His father was the seventh of nine children, and his mother the eldest of six. He has four brothers and sisters, but just one child. And his father spent two years training to be a priest in Ireland, before he met Eugene’s mum, and chose Plan B instead. In those days, it was often the parents who put pressure on their children, out of a desire to have a priest in each family, and it did not always correspond with any spiritual calling. Eugene’s maternal grandmother was the only one of seven sisters who did not become a nun in 1920s Armagh. Again, Eugene is thrilled that this happened, though many of those aunts faced a difficult choice whether to produce many children, perhaps with a drunken husband, or to choose a career as nun, allowing them to work as nurse, teacher or aid worker, with opportunities to travel and study.

You may already have guessed that this walk is so wide that we will not be walking between our chosen chapels, but using Wiener Linien. You need a transport ticket for the whole day, and we will of course make a break for late lunch. Depending on the speed with which we move through the city, we may not get to see the interior of all the churches.

These churches are cool, and strange. Please join us – after all there is not so much else to do in Vienna on Sunday (the reason the city is closed on the Sabbath are more to do with workers' right to days off than Catholicism). We will explore all the above themes on our lively and open tour. People of all faiths – and none, like Eugene – are welcome on this tour.

This tour can - like all others - be organised privately for your birthday, colleagues or conference. Auf Deutsch or English.

Here are pictures of five of our selected temples (thanks to Dieter Henkel for these).

*Please bring a mask and Wiener Linien travel card with you.

Cost contribution/donation: €10. Children 14 or under go free. No reservation is possible – just get a card on the day. No tour is ever sold out, so don’t worry about not getting a place on the walk.

Your Guide, Leader and Father: Eugene