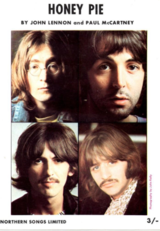 On this day, Liverpool will host the Eurovision Song Contest, for the first time. To mark this special moment (when Ukraine should really be staging the event, but cannot), we want to show the continuing strong influence of four men from Liverpool, who changed rock and roll. Dominik Nostitz, from Whoosh, is a street musician who has busked all over Europe, including in UK and Vienna. Eugene, from Whoosh, has also been experimenting with the powerful mix of playing music on the streets, combined with storytelling and inspiration. This tour will be loud.
So how did The Beatles' ideas, play and innovation affect the local music scene? We can hear it in the songs of Wolfgang Ambros and Wanda, but also in the way 1960s were looser and more free, more experimental, psychedelic and wild. John & Yoko staged one of their three legendary bed-in peace protests in the Sacher Hotel, Ringo wrote a tune called Goodnight Vienna, Paul McCartney played the Stadthalle in 2019, and the band played a concert in Hotel Marietta in Obertauern in March 1965, while filming the movie Help! up there (the cover of the record was photographed there too).
We will play some of the best-known Beatles anthems, and uncover the context of those moments.