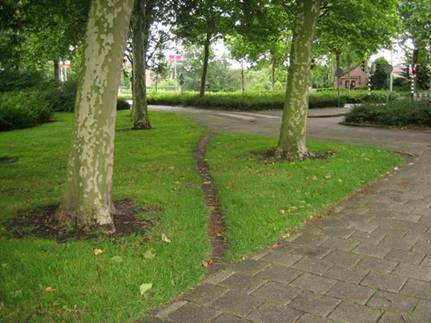 Every summer for 10 years, a group of worldwide students meet for 3 weeks in Vienna to share best-practice in ecological architecture. They learn about Vienna's moves towards resilience and innovation. And of course, they learn from each other. Many of the students come from developing countries, and so this opportunity to get insights from the West is especially valuable, since they return home with practical new ideas.

After two years of hybrid online celebrations, we are thrilled to get back together for face-to-face engagement, at a proper celebration with wine and ideas, hosted by Whoosh's Eugene Quinn. The weeks are always hot, lively and intense, with students absorbing so many experiences around the city, in Seestadt, BOKU, TU and the Otto Wagner Areal. Eugene is always intrigued to hear what has shocked the students about their time in Wien. We will discover all of that on this Saturday night in TU.

We should not underestimate how important this work is. Housing is one of the great variables in future urban development.

And this is an intelligent forum for open debate. To learn among a supportive network is a beautiful resource, built on trust and openness which is vital for a forum like this. There is much debate among the group, as there should be, but also a new network is born, full of utopian inspiration. Our age is characterised by both frightening challenges and a beautiful new sense of openness, of sharing instead of owning, of recycling and reusing best practice. We can help to shape communities, development and ultimately, our shared future.

Eugene does not fly, or drive, is vegetarian and has a great life in a modern metropolis like Vienna. His ecological engagement stretches to three times being arrested for green protesting. He leads tours on smart city, Green Wien, and walking - his job - is the most sustainable urban mobility. He is pioneering #TourismForLocals, with the event Vienna Walking Week. He teaches in the spatial-planning department of Vienna Technical University, and has lectured several times to the UN Academy of Sustainable Urban Mobility.

What the global eco movement needs is more characters, more personality, more celebration and inclusion, more warmth & storytelling, less policy wonks and nerdy statistics. Of course we need governments to act, but since they are not doing so, we need to make the moves ourselves in our lifestyles. As a symbolic act. Because if we don’t, who will? My Facebook feed was full of outrage when former President Trump withdrew from the Paris climate accord. Rightly so.
But those same protestors don’t see any contradiction in posting photos of their holidays in Cambodia or Peru. Many Austrian Green-voters own two houses, which they drive between, since one is always in an inaccessible Dorf. Can you really be Green if you own 2 homes, particularly with rents rising so fast due to a lack of housing, and the waste of energy in owning 2 homes - since concrete accounts for 8% of global emissions. One of their 2 homes is always empty. And German Green-voters are the second most-likely to fly. They are hypocrites, thinking it is enough to vote Green, but not to live green.

The world seems to have turned on its orbit in the last five years. Clearly we have some new political directions, with a rise in both populism and activism. Hashtags and hacking. There is a group of city mayors now, moving forward the evolution of ecology as a movement. Corona showed us how fast we can act, when faced with a crisis. One of Eugene's favourite books, Worldchanging, can point the way forward. Its editor, Alex Steffen, emphasises the importance of imagining persuasive, positive possible futures: “It’s literally true that we can’t build what we can’t imagine,... The fact that we haven’t compellingly imagined a thriving, dynamic, sustainable world is a major reason we don’t already live in one.”