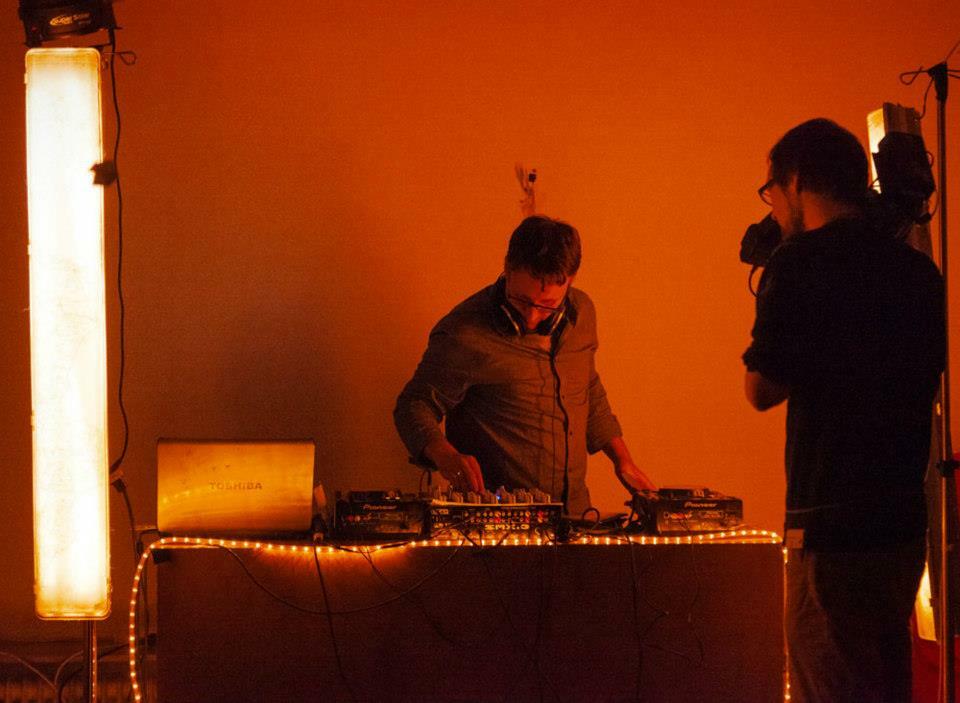 "Thank you! you were great! Great Show, good music!" Otto Jankovich, head of Events at MuTh

So the message is, if you are organising an event or party, and want the music to be curated creatively, give Eugene a call, and he will deliver clever music to back up your concept. And remember, dancing is global and we should explore all kinds of worldwide styles!

- At Streetlife Festival, where Babenbergerstrasse in central Vienna is closed to traffic and opened up to people, Eugene has for seven years played a soundtrack of walking songs to mark European Mobility Week. There are hundreds of tunes on this theme, since walking is a metaphor for courage and independence: You'll never walk alone, Walk on the Wild Side, Radetzky Marsch, Walk on By, Walking on the Moon, Ramble On (Led Zeppelin, Euge's favourite).

- Nightlife is under enormous pressure in 2022, not just from Corona and changing lifestyles of young people (see the notes to our Midnight Tour for more details on the new night-time economy), but also because residents complain much more now about noisy clubs nearby. So there is no better solution than a silent disco in public space. Silent Discos - organised in Wien by Oliver Hangl of Guerilla Walks fame (the boy is a legend!) - work through 200 headphones, with a choice of two different DJs on 2 channels. Eugene was invited to play on the spectacular Wientalterrasse (1050) and also on Meidlinger Markt and the Blumenwohnstrasse Markgraf-Rüdiger-Strasse (1150). At a time of reduced work for DJs, with all clubs closed for Corona, Eugene was honoured to be one of those selected to play and get paid at these free events. And there is a certain theatre in having competition to see which DJ is more popular (you can tell from the dancing who is listening to which DJ). It always seems be a hot night for these parties. A silent disco is somehow a very Vienna concept. The dancers look crazy to passersby, but we just don't care.

- Eugene has made a series of School Proms and Maturabaelle more colourful by playing, alongside all the usual party tunes, songs reflecting the migrant kids who live in Wien. This is about representation and surprises, but also varied dance styles and new flavours.

There are too many cliché dj’s in Wien, playing the same abstract
electronica, with few beats, no rhythm and often no dancing at all.
For Eugene, this approach is all wrong - dance music is called that
for a reason. It is spectacular when a dancefloor erupts in collective
sexy joy. But in Wien the scene is more about sitting around
drinking beer and smoking and chatting, rather than self-expression
out on the floor.
Is the city too white, too straight and too intellectual? No! The dj is
playing the wrong songs. To dj should never lead to cliches – music
has always been about the next big idea, and innovation. Instead
we get bland gallery music with no words or ideas. If a song is
completely unfamiliar to the audience, it’s less likely to move them.
Disc Jockey culture was born in 1950s black America and Jamaica. Being MC was always about pushing things forward. And wild parties. Neither of which is easy to find in Vienna. The ethnic clubs in Vienna provide much more dancing than the local scene ever does.
Eugene finds that cool is over-rated, and what matters more is joy
and passion. He mixes up 70s soul grooves with Led Zeppelin,
Moroccan mountain music and Irish jigs. Anything to keep the crowd
dancing.

A simple story illustrates so much about what is wrong with the
dance scene here. Eugene tells of a friend who was at a ‘cool’ party,
and asked the dj for a song he wanted to dance to. She expressed
astonishment and said: 'Bin ich YouTube?' (Am I YouTube?). And you
understand from this reaction that A) Vienna dj's are less interested
in how the crowd react to their songs. B) Since nobody was dancing,
that his promise to dance to the song meant nothing. Dancing is
often irrelevant to Vienna dj’s. Maybe even irritating. Many are
performers in an art scene, and certainly not there to please the
public. Or cause people to dance. One dj friend of eugene described playing song requests at a wedding as prostituting herself!
Dancing is like a carnival, freeing you from what you normally are;
dancing together creates harmonies between people with different
tastes. Dancing is non-verbal communication, and opens up
dialogue between people who share no words. This is illustrated at
the beautiful Caritas Wien project Brunnenpassage, where new
immigrants mix up with long-time residents to share culture and
rituals through dance. Dancing is self-expression, identity, sex, joy, group connectivity, wildness, freedom, cool, creativity, release, art. Join us soon.