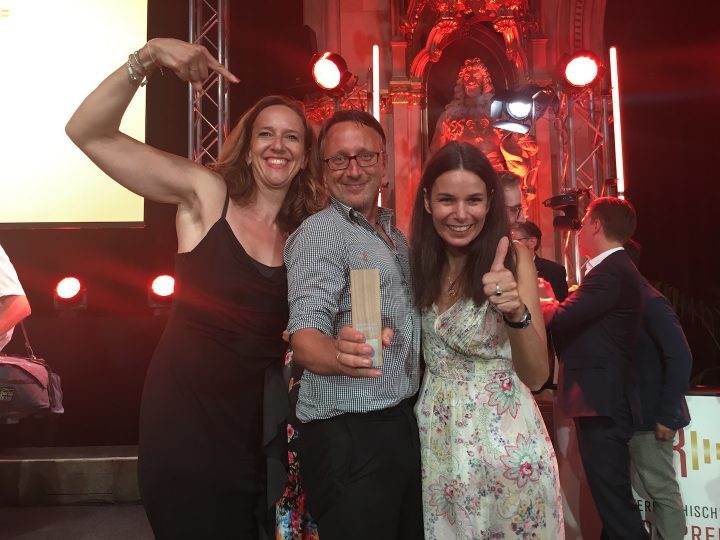 Eugene developed a multimedia series with Ö1, to explore Austria through the eyes of outsiders. Funny and warm, the idea is to turn around the usual integration notes, and ask migrants who the locals are.

#HowtobeAustrian is the winner of a Leopold Ungar Preis for socially-progressive journalism, and also in the Innovation category of the Oesterreichischer Radiopreis.

Austria received 90,000 asylum-seekers in 2015 (as a comparison, the USA took in just 70,000), and there was an exploration in the media, education and politics, of how to integrate these new arrivals, and teach them ‘our’ values. But what are those values?

We read plenty ABOUT immigrants, but rarely hear FROM them, in their own words. So we launched ‪#‎HowtobeAustrian‬. A series of short films (maximum 2 minutes), going deep inside the process of migration. And 100% interactive, so we want to hear from you, about your perspective on life here, and how welcome you feel.

The audience for this project is not really migrants at all, but those Austrians who feel so much angst, about how immigrants are changing the culture.

The films are nuanced and sometimes critical.

We wanted to show that many migrants speak excellent German, and are interested in negotiating the details of adapting to a new country.

It is a funny series, but with an important and serious secondary message, about integration.

Every year a word is chosen by the public to summarise the year's news, and for Austria in 2015, that word was Willkommenskultur. Welcome culture. In this context, it was a reference to the spontaneous groups who sprang up to greet the hundreds of thousands of refugees who passed through or chose to stay in Austria in Autumn 2015.

Vienna was always a crossroads city in Europe, despite what the populist right try to tell us. Migrants here tend to be less visibly from somewhere else, than they are in London or Paris. The three largest groups are Serbs, Germans and Turks.

From Oe1 perspective, a secondary aim was to engage a new generation of listeners, by reaching out with a multimedia series. Here is a link to ORF's report on all their recent prizes, including ours, in 2017: https://oe1.orf.at/artikel/391...

Find out more about Eugene Quinn's and Whoosh's long-term commitment to the issues of refuge and escape: