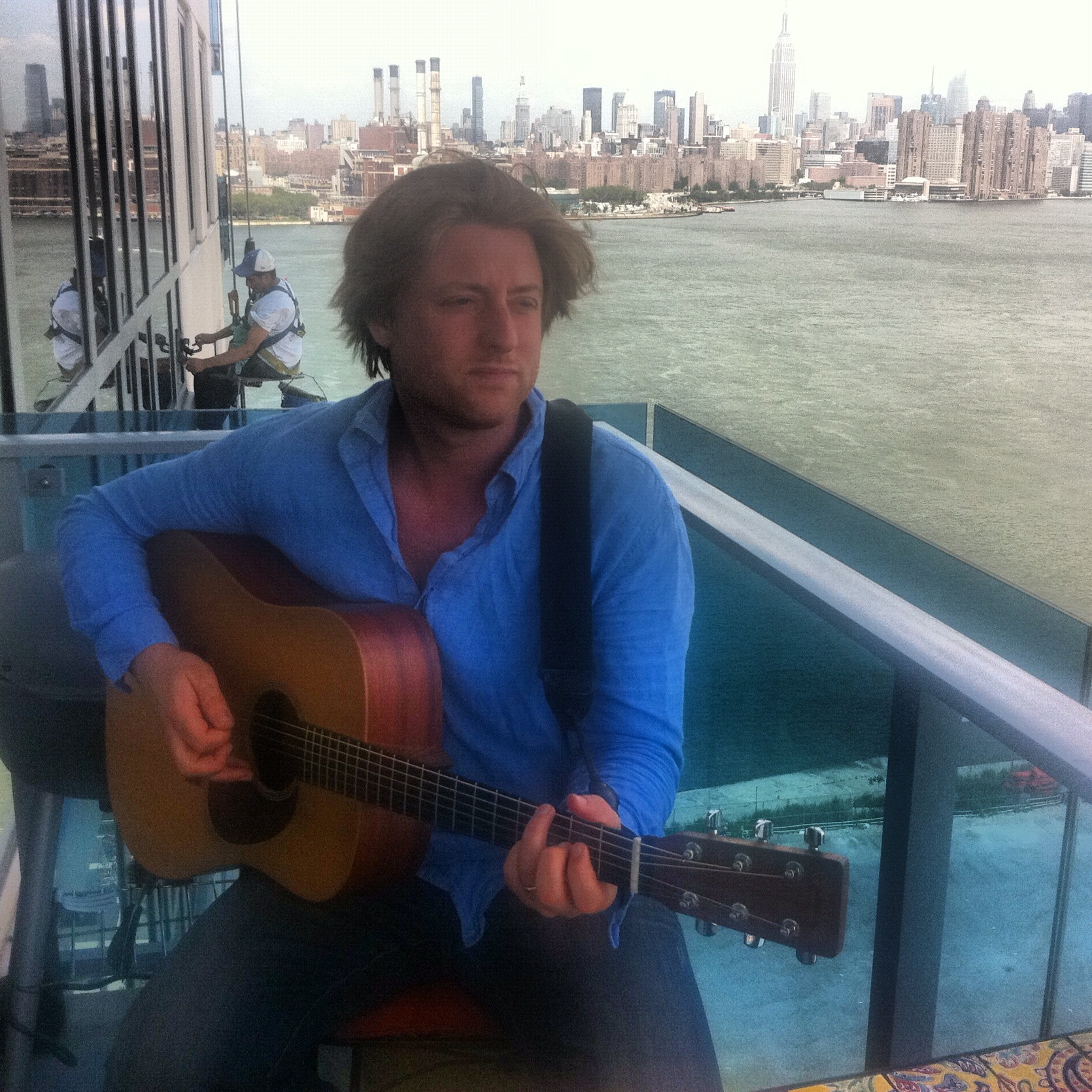 Dominik is a Vienna musician, curator and creator. He has a restless curiosity, and is a player in many scenes all at once. He runs an adventurous weekly salon, Verein 08, where visiting musicians perform in an intimate session, often in collaboration with strangers. He is himself a musician who learned his craft as a hitch-hiking busker across Europe, two years on the road, from Rome to Dublin. This led on to later performances in clubs, cafés, festivals, parties, the weirder the better. Such adventures produce experience which helps in understanding how other creatives tick, and what motivates them. Dom has never lost the personal touch.

He has conceived and realised many playful interventions on the streets of Wien, from getting a large group of people to wave at passengers on bus 13A, live opera while people wait to cross at traffic lights, Penzing Stars creative bus tour to players in the west, and the transformation of Josefstaedterstrasse each September into one of the liveliest and most creative street fests in this city. You get a sense of his range knowing that he studied law, art history and philosophy.

He also works indoors, with a series of intimate living room concerts all across the city, the Schmusen evenings in Weltmuseum (combining art, music, spoken word, food and games in a glamorous gallery setting), and the highly ambitious Music Distillery, a world music jam with well-known artists, organised in Brotfabrik.

Behind his sunny and generous presence, Dominik is a highly effective culture manager, with a great network and insider knowledge of how the city, and country, work. He featured on the committee to select the 2024 European Capital of Culture, and helped curate the Eurovision Song Contest hosting in 2015. He has worked with Wien Tourismus and delivered a sewing machine orchestra performance as part of the Austrian contribution to Milan Expo. Amid the cultural carnage of 2020, he was one of the few to deliver a successful international project - to commemorate 250 years since the birth of Beethoven, for the EU. He conceived many of these events through his agency Agentur 08. All of these eight numbers refer to his creative base in Piaristengasse, Josefstadt, from which he curates a weekly bohemian gathering of creatives, the Laden.

Alongside the music and visual play of his ideas, Dominik also has a series of talk events behind him, ranging from science to intercultural dialogue and transdisciplinary thinking. He enjoys wordplay – and terrible puns!

It’s not easy to summarise who Dominik is, because he continually surprises you with fresh, experimental projects, but wherever he goes he brings a crowd with him, and his spirit is very open and highly original. He will bring many exciting things to Whoosh. Keep your eyes on Dominik.